Here’s an obvious fact – the more exercise you do, the fitter you will feel. But if you stop exercising for a four-month period, that fitness level will drop. And the delight at finding Scafell Pike not quite as hard as first thought because there had been a swim/walk campaign in the three months beforehand… Well, that joy will be non-existent when walking up Skiddaw with no fitness plan in place prior to the walk. Scafell Pike was a hike. Skiddaw – and Little Man, a cruel juxtaposition if ever I saw one – was a trudge.

If you look at the photos of me doing it, I appear to be taking my clothes off (well, my coat and jumper, it got increasingly hot), then at the top putting them back on again! On, off, on, off…

We set off from Keswick, where we were staying for a weekend. A walk out from town, bypassing the Pencil Museum, took us on a upward path where we met quite a few walkers. Further up, it turned out there was a car park – so we could have got away without this gruelling hill to begin with! 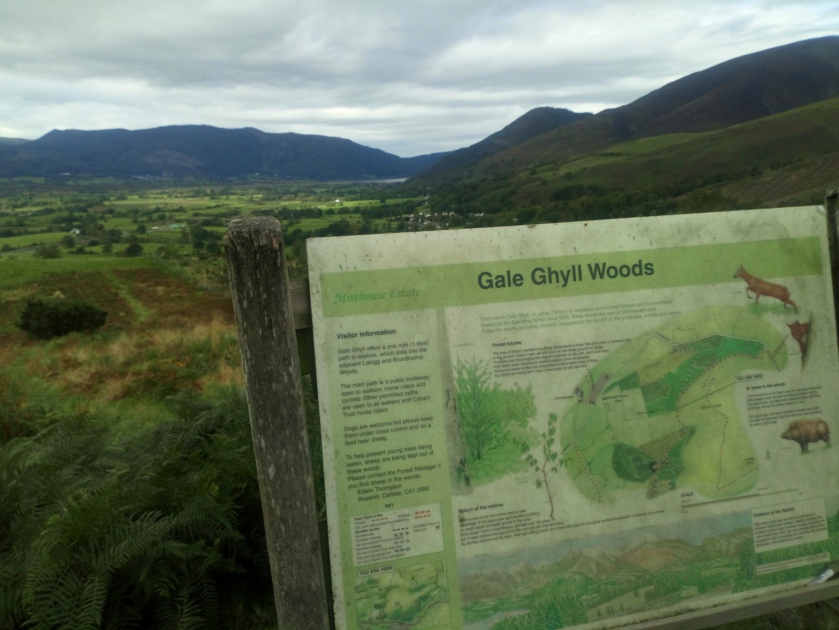 But that was only a little stroll up a staircase in comparison of what was to come.

At the car park, there was obviously an event going on. From earlier signs in the town centre, I suspect it was a race for fell runners. A group of people I much admire but could never belong to! Oddly we didn’t encounter any up the hill, but I think their course went a different route. Enticingly, amid the army tents, a tea and cake stall greeted us. But we ignored this most pleasant venue and carried on to our date with Little Man.

Little Man. Ha! As apt a name as Liverpool’s famous and fabulous ‘Little Boy’ (he’s actually a puppet giant), Little Man is also a giant in these hills. My lack of fitness levels was becoming increasingly apparent to me, why had I stopped swimming once I reached my target? Why was Scafell Pike an easier climb when it was actually higher? Lesson to self: you really do feel the benefits of consistent exercise.

Funnily, although the weather wasn’t terrible at that time, there was hardly a walker to be seen. The greatest majority of people were mountain bikers, speeding up or down the scree.

Ah, yes, the scree. I’ll get back to that later.

The problem with Little Man is there is no consideration for those who wish to visit him. No rest spots of delightful flatness. Just a steep slope uphill. You’d think if you were visiting a Little Man he would offer you a nice rest for weary legs, but no.

There were a few times when I pondered ‘are we there yet?’, after reaching a cairn. And then another cairn… And another.

Eventually we reached the top of Little Man and the weather was getting tough. Mist and rain and wind. Should we carry on to Skiddaw or go back? We approached a couple who showed us where we were on the map and we trudged on.

The wind and fog got worse. And there were so many fake cairns mimicking the summit – although later, I realised they actually were very helpful as they guided walkers back down the hill. When the top was finally reached, there was no splendid view to be seen, just a grey-white sky.

On the way down, I was nervous of the scree and scattered stones, of which there were many. Especially on the steeper than normal sections. We passed a group of mountain bikers who also made it to the top. How they managed, I’ve no idea. It took me all my time to edge down carefully. 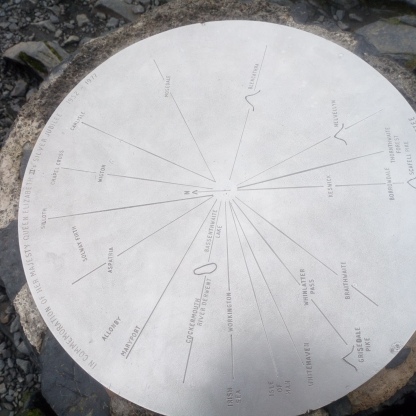 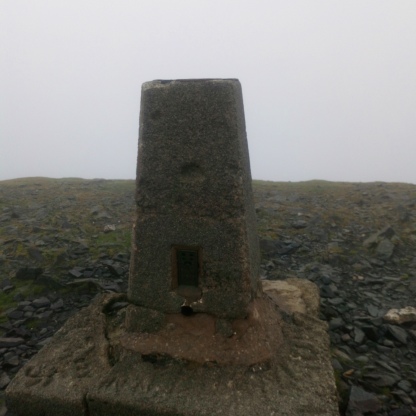 We walked back via Carl Side, another hill, although I was past caring at that point. I wanted warmth and a cup of tea.

And everything went okay until Ouch!!!

(Ironically we weren’t that far from the bottom at this point).

Cue swear words (I don’t generally swear unless I am very p….off, which I was then!) as I fell and landed on my left ankle. To fall on a bottom is embarrassing but fairly painless but an ankle?

It was painful. Thankfully, I was able to stand, delicately picking myself back up. And walk. But not as easily as before.

Thankfully I had my walking poles with me to help and we headed back into Keswick where we enjoyed a much-needed caffeinated drink and a warm shower, and then our evening meal in a local pub.

It took nearly two weeks for my ankle to heal properly.

Afterwards I turned to my trusty guide Wainwright, expecting him to agree that Skiddaw is a long, tiring, difficult mountain to climb.

Instead he writes in his Northern Fells Pictorial Guide: ‘It has been derided as a route for grandmothers and babies, rather unfairly: the truth is that this is an ascent all members of the family can enjoy. It is not so much a climb as a mountain walk to a grand, airy summit’.

Was Wainwright talking about the same mountain?! ⛰️⛰️⛰️

(To be fair, if it wasn’t for the scree, lack of fitness, blustery weather and sprained ankle, I’d have liked Skiddaw and Little Man more). 🏔️🏔️🏔️

1. Skiddaw is the fourth highest peak in the Lake District.

2. Skiddaw Little Man is one mile away from Skiddaw. It is classed as a ‘subsidiary summit of Skiddaw’.

3. Skiddaw is mentioned in the fourth book of John Keats’ poem Endymion.