9am. We started off at West Stockwith, where the picturesque canal basin connects with the River Trent. It was once a boat building centre where the Chesterfield Canal narrow boats – nicknamed cuckoos – were built. 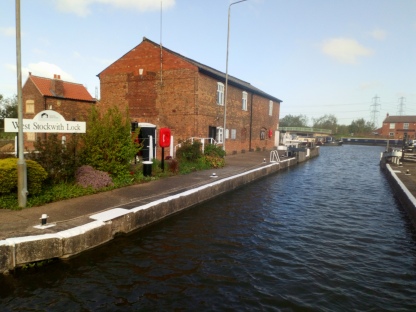 I had a sense of high optimism about today’s journey, yes, it would be about 20 miles (actually it was 26!) but it was on the flat. No hills, no mountains. I could walk for ages on the flat, yes?

We passed boats and dog walkers and attractive housing overlooking the canal. Our first locks – upper and lower –  were at Misterton. Both bridges and locks had numbers which, when I got tired, I counted to keep my morale up. There were also milestones too but some seemed to be absent.

The time we embarked on our journey coincided with Duckling Season. We came across many mallards, one had 10 youngsters close by while another sadly only had one. I told myself the others were hiding.

We passed a former brickyard and wharfs, quiet farmland, Gringley-on-the-Hill – probably the only hill we saw on our walk, and Drakeholes tunnel, pictured below, (unfortunately the nearby 1700s pub, The White Swan, closed some time ago, despite its ideal location. Hopefully it will reopen one day). We also passed an ornamental bridge – with an age-worn face on either side – at Wiseton estate. 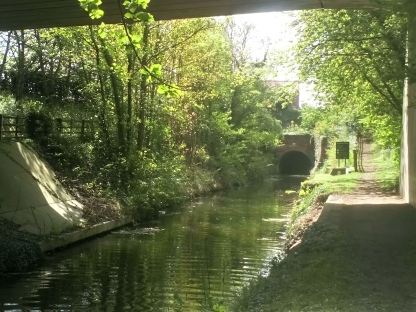 Clayworth was our first rest stop, it appeared to be a haven for moored boats on either side. Sitting at an outside bench, our cheese sandwiches and water tasted good.

Alas, time ticked on. It was after noon and we were behind schedule – the plan was to stop off at Retford for lunch but at this rate it would be 2pm.

Keep striding ahead, don’t think too much of the time, as long as we get to Worksop before it dark…

My previous ‘dilly-dallying’ became more purposeful, although I kept feeling as if I had a blister on my foot. Our scenery was delightfully quiet and rural and we passed a quirky-named lock called Whitsunday Pie Lock. A strange and slightly eerie sight from across the water greeted us – of what seemed like tombstones dotted around…

We spoke of Eddie Izzard, a British celebrity, he ran 26 marathons in 26 days!! (How is that even possible?!) Well, if he can do that, I can surely walk 26 miles along a canal in one day…

Retford was supposed to be our half way point but it turned out it was actually two-thirds of the way. This cheered me up at the time but little did I know how weary my legs would feel after leaving this stop. That, although we had walked 15 miles to reach this point, the next 10 miles would feel even more of an endurance.

For time and tiredness reasons, we opted to just get a drink in the nearest pub or cafe to the canal rather than venture into town. This turned out to be The Packet Inn (the inn was named after the passenger boats arriving on market days). The landlord of this down-to-earth pub was surprised to be asked for a cup of tea and two lemonades.

But he served those drinks and very reasonably priced they were too. It was just what was needed. The lemonade was heavenly.

Back on track, we checked my feet, no apparent blisters could be seen. 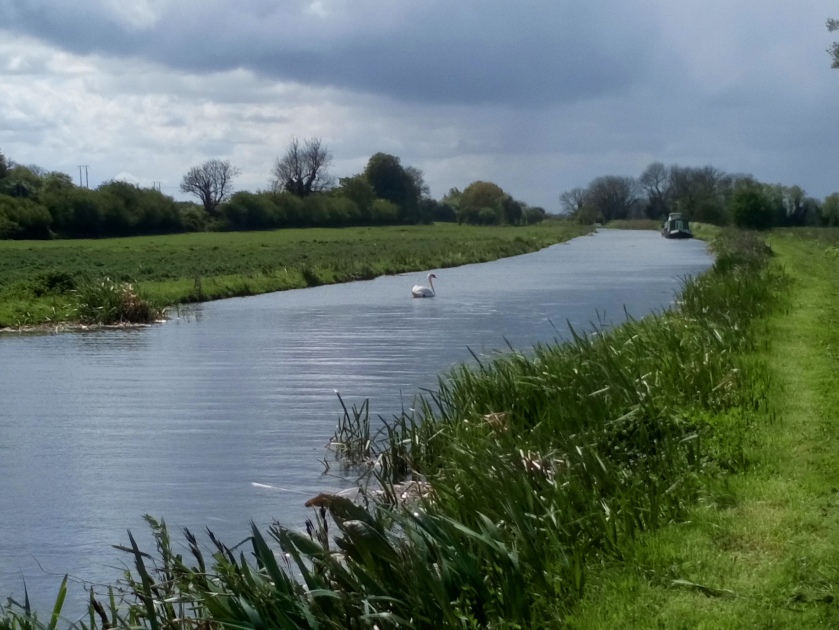 We saw swathes of hawthorn, a few swan nests along the way and a highlight was a kestrel swooping down into a nearby field for his/her dinner.

The terrain varied, I had concerns that this would be a unvaried walk, one that may possibly bore Simon but we were spoilt with different scenery, woodland, farmland, industrial…

Our next main village was Ranby, it must only have been about five or so miles on from Retford but my legs said differently. My feet, once again, insisted they were covered in blisters.

I was tempted to enter a village pub and order a taxi straight to the B&B. But there was no village pub within easy reach of the canal even though we could see the A1. 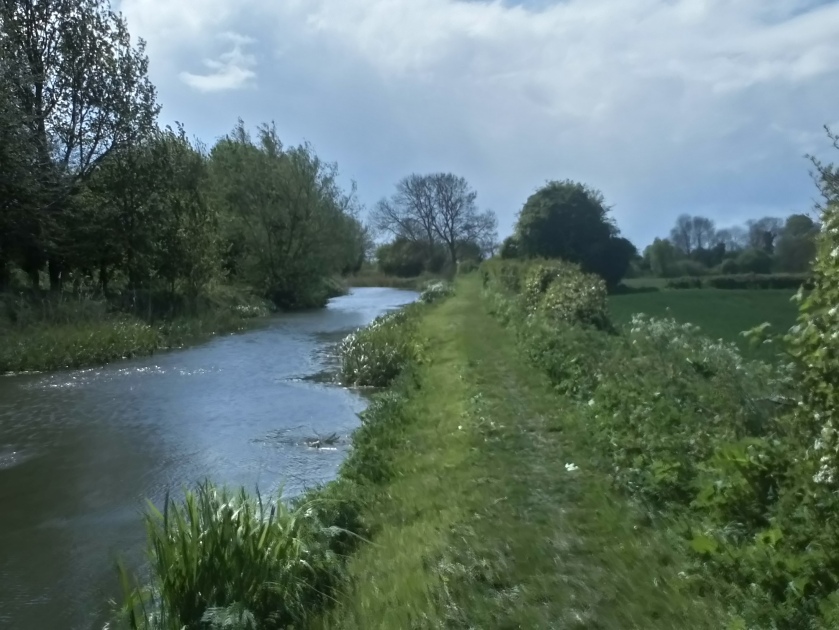 At Osberton, we walked past several fields with horses, an equestrian centre or some kind.

We reached another bridge. I had been counting the numbers of bridges, locks and milestones but had long stopped. I was merely focusing on putting one foot in front of the other.

But this bridge was different. An elderly man, out for a walk with his dog,  was looking over it. We hadn’t come across many fellow travellers in the last few miles.

Simon raced ahead to ask this gentleman a very important question, ‘how far is it to Worksop?’

‘A mile and a half’, he replied. It was music to my ears.

True, it felt longer as we trudged on into an ever-increasing urban environment. Even when I saw the big b&q store or warehouse (never, did I think I would be happy to see such ugly industrial and retail buildings!) Worksop did not seem much nearer.

Eventually we reached the right bridge, it took us to a main road, on which was a restaurant Simon had mentioned as being ‘not too far from the guesthouse’. I think it took us 20 minutes from the canal to the accommodation.

We finally arrived at 7.30pm. Such a relief to lie down on a bed! We ordered a pizza takeaway, my legs were now officially on strike. Oh, and the blisters – all four of them – had developed on my feet.

The pizza tasted stodgy. The garlic bread had no flavour, no garlic. Baywatch will never win an Oscar, but to lie down eating and watching TV was simply blissful.

The only question is: would I be able to walk tomorrow?