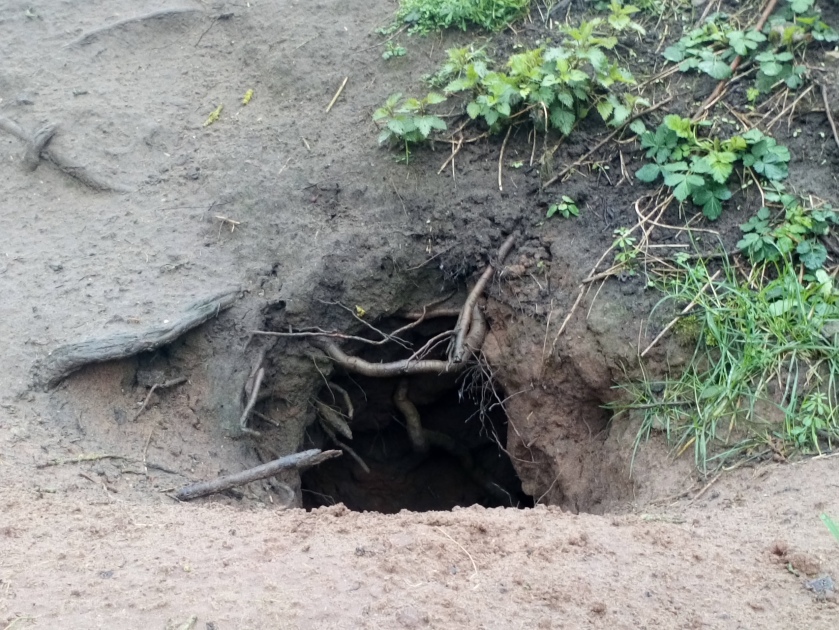 I’ve never seen a live badger except in photos or television. Being shy, retiring and nocturnal animals, it’s unlikely I will ever just bump into one on the off-chance but I did see the curious sight of a badger sett. At least that is what it looked like.

Simon and I were out for a walk along a wooded path, in Lincolnshire, when we came across a mound of earth on a sloping bank. I was about to walk on, not thinking anything of it, but Simon wanted to investigate further. Behind the mound was a large hole, much bigger than a rabbit’s or even a fox’s.

We believe it was a badger’s sett.

I have heard that setts (badger homes) tend to have large spoil heaps outside, which this one did.

Unfortunately the British Government appear to be on a mission to kill badgers because of tb fears for cattle. The fact there is a vaccine available for cows and a vaccine available for badgers appears to have been ignored. Tb may even be caused by cows moving around – maybe increased, temporary bio-security measures may be the answer?

I do have sympathy for farmers and cattle but I’m sure there must be a better way of combating this issue.

I feel it’s wrong, especially when there are other solutions, and how could it ever work? There will always be badgers, unless the plan is to decimate the entire population? (Surely that would be highly immoral!)

And what if there are other causes and all these badgers have been killed and still tb continues?

Even worse is the issue of badger baiting. This is thankfully banned but unfortunately undesirables (I’m sorry but there is no other way of describing them) are still baiting the poor creatures with dogs.

Yes, unfortunately even in this ‘enlightened’ age, this happens.

This is barbaric and cruel, both to badgers and dogs.

Maybe one day, the world may be a kinder place for these creatures. I hope so. 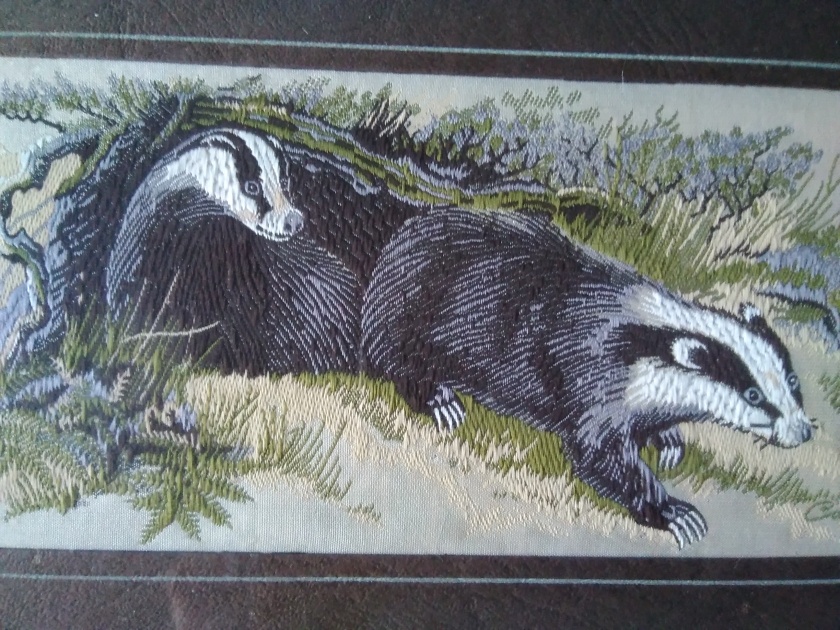 2. Setts are mostly in woodland, near to open areas and often on a slope.

3. Badgers are relatives of the weasel.

13 thoughts on “Our World: A dangerous one for badgers”