I hadn’t done any yoga for a few years. I sprained my ankle two weeks prior. My fitness levels had dropped alarmingly (and because of said ankle, I couldn’t get back to fitness again) and I was going on my own for an activity weekend with a group of people who I had never met before.

Hmmm, was this Yoga-hiking weekend a good idea?

Originally, I had the idea of walking up Ben Nevis in September this year, this was to mark a ‘special’ birthday, but I did Scafell Pike instead and, through one reason or another, Ben Nevis fell through. But I still wanted a fitness challenge to aim for and I came across Yoga Hikes.

I enjoy hiking and keep meaning to go back to yoga so this seemed like ideal motivation and the fact I would be staying at Victoria ‘opium poet’ Thomas De Quincey’s 1700s cottage, overlooking Rydal Water, a heavenly place if ever there was one… Yes, I decided, four months beforehand, I would go for it.

The cottage and its location was as old, cosy and idyllic as I hoped for. A main road separated the cottage from the Lake, but otherwise, it was perfectly located, half way between Ambleside and Grasmere. 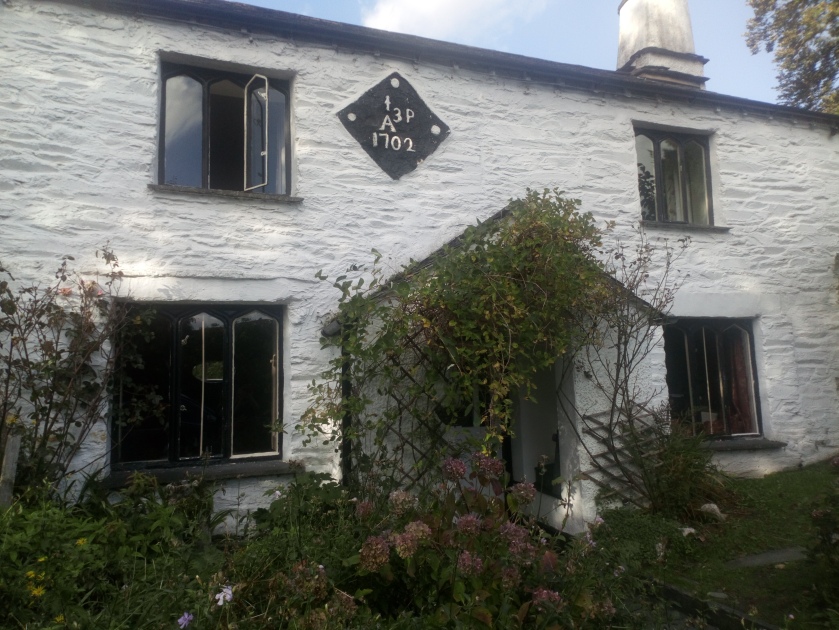 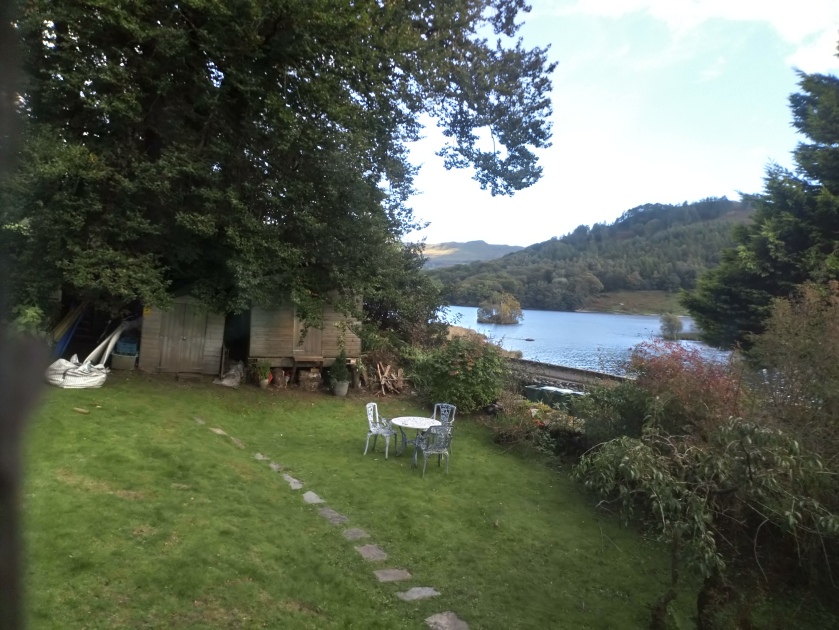 My single bedroom was snug, the floor a little creaky but that’s what you would expect from a historic building. 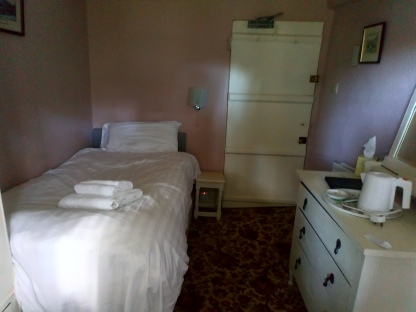 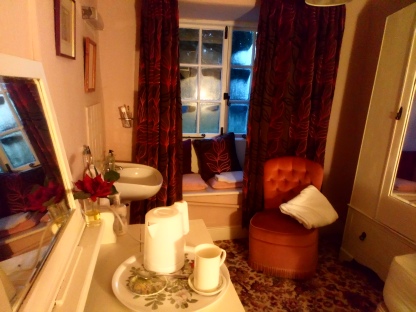 When I first arrived, I had a moment of panic thinking I was the only one arriving on my own, especially as it sounded as if most people had come with others. Would I be seen as ‘Miss No-Mates’ (high school emotions coming to the fore!)?

But this feeling of insecurity was quickly allayed when the guests started arriving.

Four of us were on our own. The others had come with friends, family or a partner. In any case, it didn’t matter, no one was cliquey and the general friendliness meant there was always someone to chat to on walks.

Guests started arriving from 4pm onwards and we enjoyed tea and homemade cake in the sitting room. (This was a healthy balanced yoga break, lots of healthy activities but cake was definitely allowed, and so it should be!) 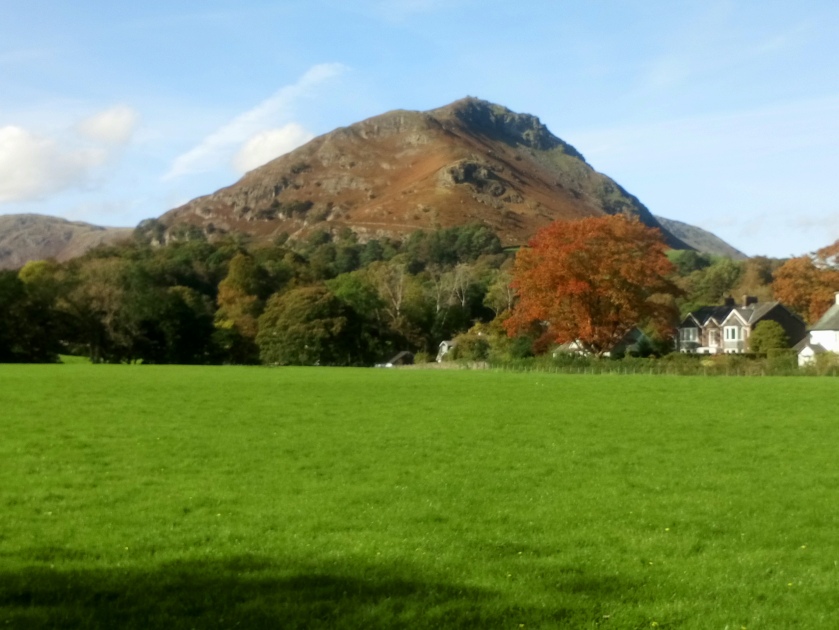 Yoga was on at 6pm in the evenings. We had five sessions altogether, two in the mornings at 7.30am (such a healthy start to the day made me feel very good!), one on the evening we arrived and two after our walks. There were breathing techniques and physical yoga, sometimes using props.

Despite my sprained ankle (which was nearly better at this point), the yoga techniques were flexible enough that there was a posture for all abilities. Sun salutation, cat, cow… We could go as far as we could. Yen, the yoga teacher, was sensitive to guests and didn’t push anyone beyond their limits.

All food was vegetarian/vegan. One evening there was a vegetarian buffet of peppers, falafel, pitta bread, hummus and so on. The second meal was stuffed mushroom. We were pleased that dessert was still on the menu on this yoga retreat! Breakfast, which was straight after yoga, was a choice of cereal or porridge, toast, egg, beans. On the Sunday we had the option of an enjoyable veggie burger with our breakfast. 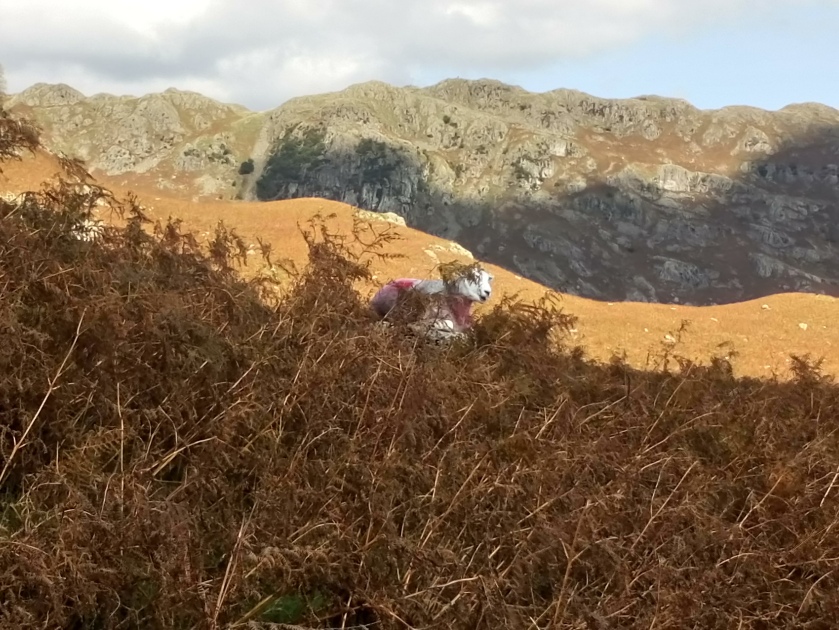 Our walk on Saturday took us from the cottage to Easedale Tarn via Loughrigg Terrace and Grasmere. We hiked upwards beside a tumbling stream to our breathtaking spot for lunch (which was provided by Yoga Hikes), Easedale Tarn. 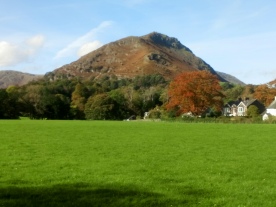 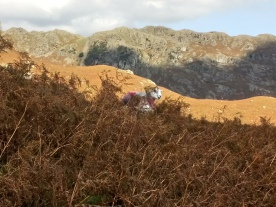 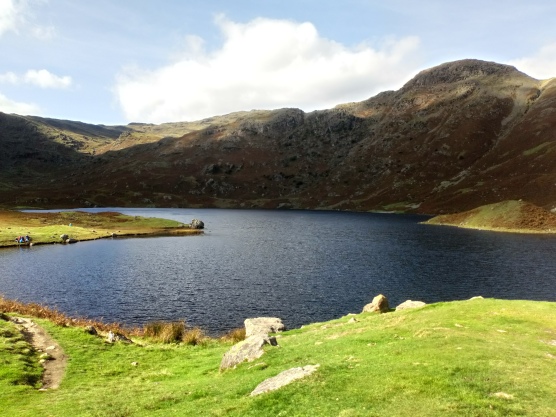 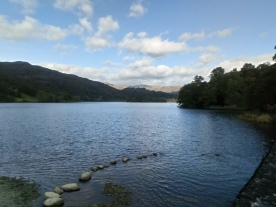 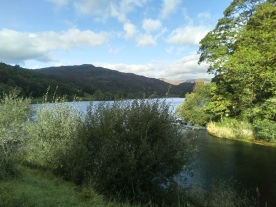 Our 10-mile (or so) ramble back took us to the gingerbread shop in Grasmere (established in the 1600s) where we had a 15-minute stop in case anyone wanted to buy the famous gingerbread. Also on the way was poet William Wordsworth’s Dove Cottage.

Sunday’s walk took us to Loughrigg Tarn. Another moderate but hilly walk of about 10 miles. This time we went the other direction away from Grasmere. Our picnic break was again at a picturesque area, this time Loughrigg Tarn. 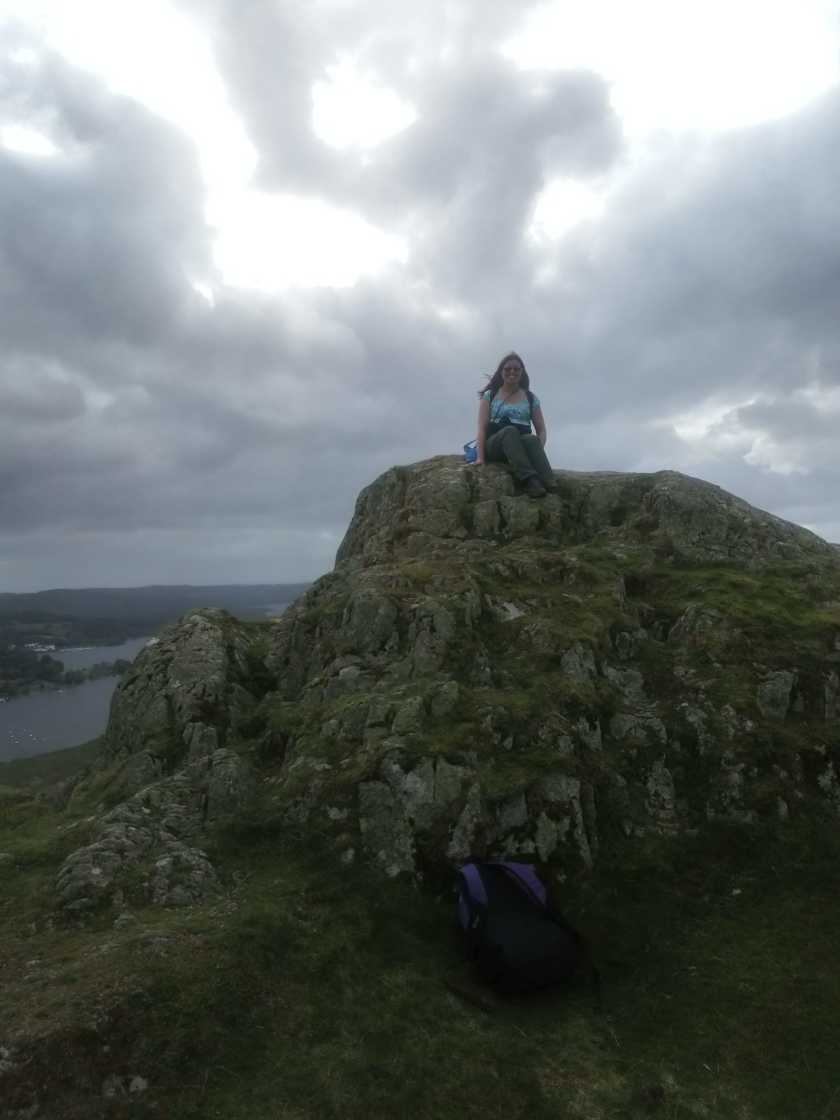 Our weekend was so packed with walks and yoga that there wasn’t much spare time, but for a couple of hours after Saturday’s walk, we were left to our own devices. I had a rest in my room, reading a book I had brought, but some people took advantage of the hot tub available.

There was a variety of abilities. One lady found the first walk to Easedale Tarn difficult and the next day went on a more gentle stroll to Ambleside with another guest who also opted out because of tiredness.

If anyone found the yoga or walks too difficult, there was the opt-out option and no one would judge you.

By the time came to say our goodbyes, I found that I had really enjoyed the weekend, despite my initial misgivings about going on my own. Now all I have to do is start practising yoga again!